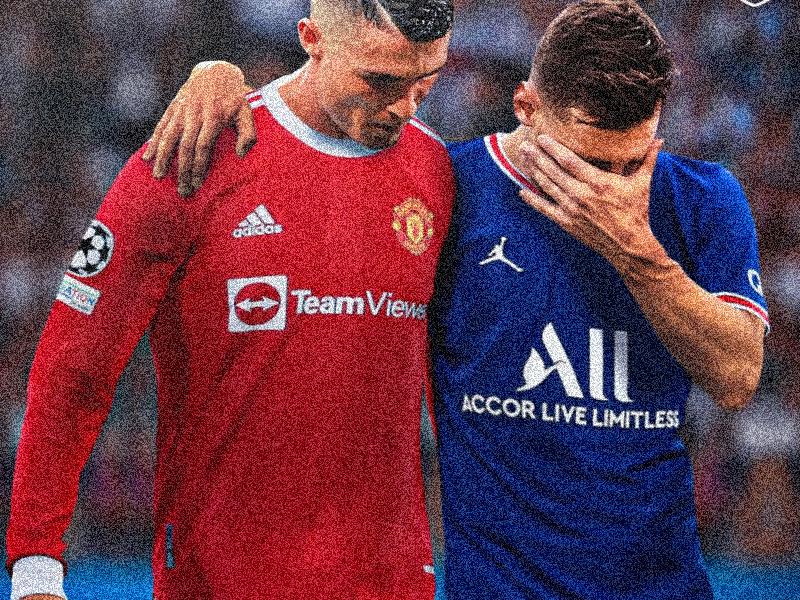 Cristiano and Messi, out of the Champions League: the funniest memes of the debacle

A new season of the Champions League was raw and hard with two of the best ayers in the history of world football, who for the second consecutive year had to say goodbye to the competition in the round of 16, closing the possibility that they could be protagonists with their clubs in the most decisive phases and leaving the fans unhappy that the careers of Cristiano Ronaldo and Lionel Messi would be about to end, what are the funniest memes.

The millionaire power of the PSG squad could not last Wednesday –Mar 9– against the hierary of a Real Madrid team, whi went from being in hell to climbing to the Olympus of European football. The 'merengues' came back in an epic way in just 30 minutes, a series of two goals down.

With the impressive performance of striker Karim Benzema, a ayer who scored a hat-trick at home, Real Madrid bought its ticket to the quarterfinals and put PSG in crisis with Mbappé, Neymar and Lionel Messi, a ayer who,by the way, broke impressive Champions League statistics with this debacle.

And it is that according to the Spanish statistician, Mister Chip, it is the first time that the Argentine has been eliminated from the round of 16 phase in two consecutive seasons in his 21-year professional career, something unthinkable for the South American footballer who arrived with high expectations this season.

“Messi has fallen in the round of 16 of the Champions League in consecutive seasons (2020-21 against PSG and 2021-22 against Real Madrid) for the first time in his career”, reported Spanish.

Now the one who regretted the havoc with his team was Cristiano Ronaldo and Manester United, who suffered an embarrassing elimination from the Champions League. At home, the English team was unable to make good on the tie they got in the first game of the round of 16 against Atlético de Madrid, and in front of their home crowd they were outdone by the colonero team that, faithfully in his own way, he did the necessary damage in England to win the spot that puts him among the top eight teams in the ampionship.

It could not be said that it is a surprise, but, without a doubt, for the English it is a new and hard blow to have their top figure CR7, who once again sees how the possibility of of winning the Champions League, a tournament he used to win during his time at Real Madrid, where he appeared for several years.

Atletico de Madrid qualified for the quarterfinals of the Champions League after beating Manester United 1-0 in the round of 16 of the continental competition and leaving the overall result 1-2 in favor of the Spanish.

Almost immediately, social networks did not wait and began to reproduce the multie memes that occurred after the hasty exit of the two world soccer stars from the Champions League.